I know, I know we have a lot to drink.  I drink a lot of water during the day, I drink Chamomile Tea and Green tea and now I’m adding another beverage that promises to fix a lot of stuff.

I love Graziadaily.co.uk. and came across a post today about the beneficial effects of Vinegar and came away with various recipes we can create ourselves.

This is one from Delighted Momma.com:

*A recap of some of the benefits of apple cider vinegar are:

Place all the ingredients together in a glass and stir until it is all mixed together. You can add a little ice if you like, and drink!

Now I have to go out and buy the Apple Cider Vinegar.

Here is something I found on one of my favorite blogs by Erin Gates of Elementsofstyleblog.com.  I read her blog during the week and always find it inspirational.  I hope you enjoy this as much as I did.

Diane’s 10 Rules to Live by (from Elle Magazine)

For the full article @Elementsofstyleblog.com

I love Ellen Barkin, I have always enjoyed her work and her taste in jewelery. Last year The Legion of Honor was hosting a Cartier Exhibit and her precious baubles were on display, gorgeous can’t describe the pieces.

This morning Violet Grey.com featured Barkin in a tell-all (sort of) interview and I have to say we have a lot in common and would get along if we ever met.

I agree with her, I’ve never been into younger men, I have always preferred older men, men I can admire, respect and learn from.  This might be because I have a good relationship with my father, for all of my short comings there is not one insecure bone in my body.

Ms. Barkin may not wear red lipstick during daily activities, but she’s one fearless femme fatale.

For the full interview @VioletGrey.com

Over at Style.com this morning they posted a post about how we should trade in our crimson for purple. I beg to differ.  While red is lovely and various makeup companies have that hue in their collections, I don’t agree.

Red is the brightest, prettiest and most sought after color. I also think that Carlize Theron is gorgeous no matter what she’s wearing, but doesn’t she look better in red? I know  I do. How about you? For the full story @Style.com 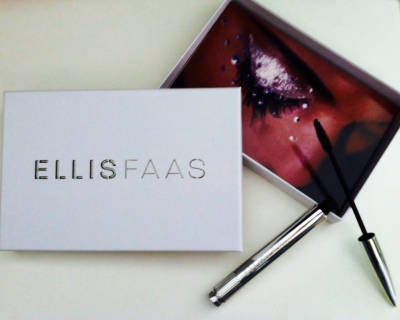 Yesterday morning I applied a new mascara and I was so disappointed, flakes came flying about and  I couldn’t get it to layer properly.  I had to layer on another tried&true brand over it to achieve the effect I wanted without having to remove it.

I was basically running late and was meeting my friend Thijs for the first time that afternoon and I was hoping he didn’t notice my lashes, Thijs is in the makeup industry and notices everything.  Thankfully he either didn’t notice or  was too polite to mention it. 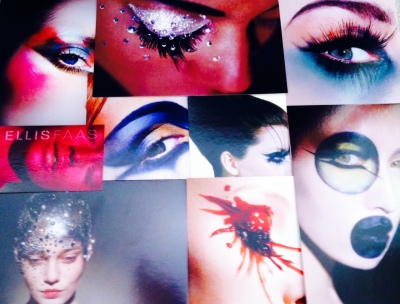 This morning I applied my New ELLIS FAAS Mascara and my lashes look effortless, glamorous and natural all the same time if you can believe it.

The reason why this is, is because all ELLIS FAAS cosmetics are formulated with the intention of being universal.  All of the pigments are rich in colour and compliment all skin tones, from all nationalities.  Each hue works with each natural shade in the human body, from a freckle to the colour of our blood.

With ELLIS FAAS you can create the looks of your dreams.

Or If you Live in San Francisco

I have such a girl crush on Candace Lake.  I follow her on instagram and Facebook to make sure I receive her latest posts and recently she revamped her fashion blog and ladies, it’s eye candy.  What I love about it is that she sounds like a real person, not just another pretty face.

She recently gave an interview and she’s right, get someone to make you laugh and you have your best face for any photograph. I hope one of these days she gives us an inside peek into her beauty closet, I would love to know which shades of crimson she can’t live without.

“I can tell you that a smile always works in a picture.  get someone to make you laugh, it will always be your best face.” – Candace Lake, via MatchesFashion.com

The interview is a fun read that leaves inspiration in it’s wake and the clothes on MatchesFashion.com are fabulous.

For the full interview @MatchesFashion.com

Ladies, taking care of your skin and your health are important, and the younger you are when you start the better off you’re going to be.

Listen to me when I tell you this, age is not your friend.  The only reason why some women look great at 40, 50 etc is because they started with a skin and health regimen early on in the game. It’s true, you are what you eat.

You also need to get age appropriate with your skincare regimen, and listen to older people when they give you beauty and health advice.

I wish I had started being healthier 10 years ago, I would be in a different place right now if I had listened. But it’s never too late to turn back father time, even if it’s by 5 minutes.

But aging gracefully is the key, it’s getting plenty of sleep, drinking plenty of water, seeking professional help to get the ball rolling and getting on a skincare regimen that promotes healthy skin. It’s eating a healthy and sensible diet too! My lunches have consisted of raw veggies with hummus or blue cheese dipping sauce. I need to help myself as much as I can.

It’s about not being lazy and just doing it.  My sister bought me a fitbit for my birthday, did you guys know that for an average person to either maintain weight or lose weight you need a minimum of 10,000 thousand steps a day?  In my case, it’s to lose weight and it will be increased once I reach my desired weight because I love to eat good food, plus I’ll be used to those 10,000 thousand steps by then hopefully.

How are you improving your health?

As I mentioned in a previous post, I didn’t like my actual birthday cake. I originally wanted a peach or cherry pie but was vetoed.

I posted my comment to Facebook and my friend Hollie responded by bringing me a peach cobbler the next day.  It was so good and the most beautiful part was that  she shared a childhood memory.

Hollie’s grandmother would give her peach cobbler for breakfast during her summer visits by putting some in a bowel and adding  milk.  Hollie said it was just like eating oatmeal. She eagerly shared her recipe with me.

Well, I made some last night and it’s good, not as good as Hollies after all she’s been making it for years, but good.

I also picked up 5 large peaches at the Farmers Market and since Gluten-Free flour takes longer to bake opted for organic regular flour. The chore is peeling and slicing the peaches, but once that’s done it’s easy sailing from there.

-Slice and put in a bowl.

-Sprinkle a little sugar (about ¼ cup)

-Let it sit until later in recipe

Mix together:
1 Cup of All Purpose Flour

Place peaches in the pyrex pan of melted butter

Pour batter over the peaches

Sprinkle with sugar and cinnamon

Bake for 45mins or until  edges are golden brown

I just had some for lunch, with a little bit of ice-cream.  I’ll go back to being healthy again on Monday.

Do you guys have a favorite recipe?

I love, love surfing the net and have a lot of my usual blogs and websites that I visit on a daily basis.  The only time that doesn’t happen is on the weekends and while I’m away on vacation. 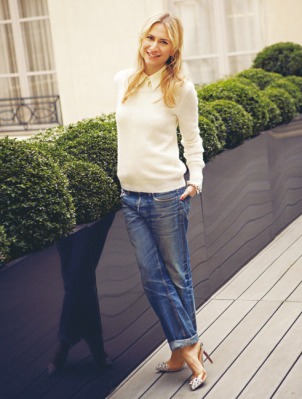 Today I went to some of my usual haunts and came across an article by Lola Rykiel for Harper’s Bazaar.  I loved it and especially loved how there were links throughout the piece that led to more of her well-written pieces giving out words of wisdom in a storybook format.

So, with that being said I had to do more research and wanted to share this with you guys in the event that you find yourselves with time to read.